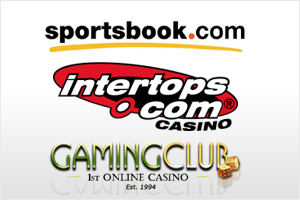 Internet Casinos Inc. was the first online casino company to become operational with eighteen games. With online gaming not being in compliance with US law, the company based its operation in the Turks and Caicos Islands, outside the US territorial boundaries. In the mid 1990s, The Gaming Club and Intertops Casino and Sports Book also joined the fray and soon developed credibility with reliable payouts, secure payment gateways, and an efficient customer support base, which led to an increasing number of people turning to online gambling.

The second sports book to launch an online casino was Interactive Gaming & Communications Corp. (SBET), in 1996, which was also listed on NASDAQ. Due to strict gambling laws in America, much of the casino industry is based in the Caribbean, Asia, and a few European countries. The first online casino in Great Britain was Atlantis, who acquired licenses to operate from the Isle of Man.

Today, the online casino industry flourishes mainly in the Caribbean Islands. Many foreign governments are also into the online gaming business. To attract players from different parts of the world, online gaming sites operate in many different languages. There are more than four hundred online gambling sites, generating a cumulative business of nearly fifty billion US dollars. The government of Antigua and Barbuda, in 1994, made it a Free Trade and Processing Zone. This permitted issuing licenses for the establishment of online casinos within its boundaries. Most of the online casinos have licenses issued under this government. Even today, US legislation does not allow the licensing of online casinos.

Microgaming created themes based on traditional 1 – 3 line formats, which later evolved into multi-line, multi-coin, and multi-denomination slot machines and have become the most popular with online gamblers.

Due to the apprehension felt by many people with respect to the payments from online gaming, Microgaming entered into an auditing agreement with Price Waterhouse Coopers or PWC, a world-renowned company that enjoys tremendous goodwill as an accounting firm. The auditing proved that the payments were honored. Many software developers and allied companies joined in the fray and business started increasing as public confidence continued to grow.
By 1999, Playtech developed a new online casino platform with several features including fast downloading. In 2001, Playtech launched multi-line and progressive jackpot slots. The Cash Salad Slot Machine, a traditional single line slot machine, was launched by Gone Gambling in 1999, sponsored by Slotland.

This was followed by the Soup Pot Slot in 2004 which features 5 reels, 3 pay lines, and triggers a bonus heads/tails game. In the game the player can opt for the bonus game or continue playing. The Soup Pot Slot is used for tournaments with many members having won up to $500 in bonuses.

Online slot machine games have continued to evolve with many sites offering up to six-figure payouts and progressives. With over 400 online gambling sites along with thousands of affiliates and franchises, the online gambling market is estimated to be worth over $50 billion.

Over 60% of casino revenue is said to come from slot machines, which is not surprising when you consider the popularity of online slot machines. Moreover, the convenience of gambling right from the comfort of home is enough of an incentive to join millions of other players for a shot at the jackpot.