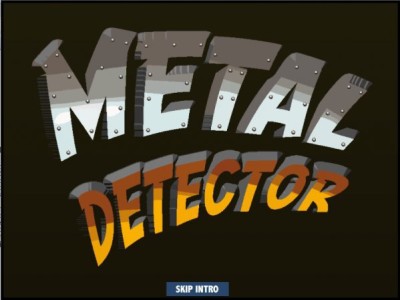 Metal Detector Slots is a 5 reel, 15 payline game by Rival. The play scenario is a man trying to find hidden treasure using a metal detector. The game symbols include a treasure map, treasure crest, gold coin and diamond ring to match the theme.

Background sounds give a feeling of being on the beach, but this game also has a suspense aspect to add to the thrill.

The game can be enjoyed by beginners, who can bet for as little as a cent, though the high rollers can bet up to $75 a spin. The excitement of winning a substantial amount with a jackpot of up to 2000 coins (i.e. $10,000) and the scatter symbols, free spins and the bonus game help the player to win much more.

The Dig Bonus Round starts when three or more Man symbols appear anywhere in the five reels. The player then chooses an “X” spot using the metal detector. When the signal is strong enough the player can dig the spot, beneath which the amount won is revealed.